Sociocultural responses to alcohol consumption are diverse and varied across cultures. We have societies in the western world like the Mediterranean countries, where consuming alcohol is not frowned upon and accepted as an integral part of celebratory occasions unlike countries like India in which alcohol consumption is still fraught with cultural and social disapproval. Similarly, health establishments too may differ widely in their opinions on alcohol consumption. While some may advocate a regular consumption of moderate amounts, others may endorse, restrain or even suggest complete abstinence. This has led to a credence ambiguity for alcohol in the public. Those suffering from heart disease are no exception and some may even have the misconception that consuming liquor in small amounts has a great curative effect.

Alcohol And The Heart 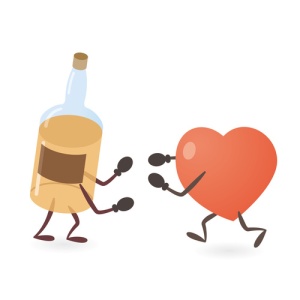 Alcohol has been implicated in a number of heart ailments including causing and worsening of heart failure, cholesterol abnormalities, rhythm disturbances, high blood pressure and obesity. Contrarily, there have been conflicting reports on the health benefits of moderate consumption of alcoholic beverages, particularly wine, if restricted to two or less glasses per day. However, statistics may vary and are manipulative, therefore this can not be accepted as a global health directive. Also, the biological effects of the ingredients that go into the production of wine, on human beings, have not been fully demonstrated. Not all epidemiological surveys have found protection from alcoholic beverages and in African-Americans alcohol consumption is a major risk factor for heart disease. Excessive binge drinking is positively correlated with an increased risk of developing alcoholism, heart attack, stroke, liver and pancreatic disorders, neurological disorders, malabsorption and even cancer.

Alcohol Is No Medicine

Scientific literature about light to moderate alcohol consumption has hitherto been so superfluous that people tend to accept its consumption as medicine. Even non-drinkers are sometimes tempted to consume alcohol believing that it has immense healing benefits. But it must be remembered that the thin dividing line between moderation and binge ingestion is difficult to draw in a state of inebriation. 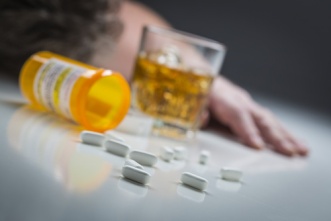 In an important publication called GENACIS, Canada (Gender Alcohol and Culture: an International Study) study, it was observed that sipping wine, beer or spirits three to four times per week increases the risk of binge drinking, particularly among both genders and all age groups. The study had included close to 11,000 participants and the investigators observed that regular light to moderate consumption led to higher levels of alcohol tolerance in the body. As such, daily drinkers might even become binge drinkers because of their inability to distinguish between everyday life and a celebration. The investigators even went on to suggest prudence and caution for any public recommendation to drink moderately. More importantly, the trial has questioned the setting up of a daily limit of alcohol ingestion and warned against the cross-over of “moderate health drinkers” to bingers and boozers over time. Unlike, in the western world, where alcohol has become integral to all rituals, tragedies and celebrations of life, in our country due cognizance must be take of such a trial. As such, those with greater risk factors for cardiovascular disease must necessarily be wary of this seemingly addictive and unavoidable potion of intoxication.

Slow Down And Listen To Your Heart

Get Back To Where You Once Belong